Under floor robot inspection - Inspector Gizmo - Inspect it to protect it? 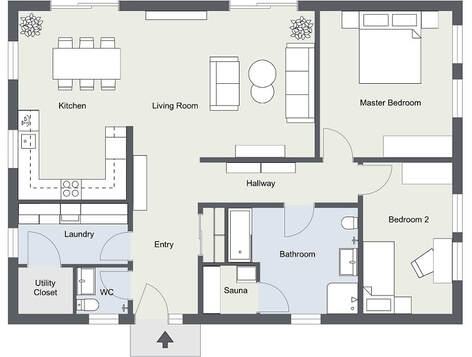 Floor level tolerances set by MBIE
The Ministry of Business, Innovation and Employment are flawed and used too rigidly, a Christchurch registered surveyor says. Adrian Cowie, who has been publicly critical of the Earthquake Commission's assessment of floor levels in earthquake-affected houses, says the ministry tolerances should be questioned. The ministry lowered the tolerances for uneven floors to 50 millimetres (over 10 metres) when it issued a new guidance document in December last year. The new limit was set on advice from the Engineering Advisory Group which liaises with the engineering community, EQC, the insurance industry, Cera and the Canterbury councils.

Cowie said the ministry first refused to give him the research behind the new guidelines but provided it on request under the Official Information Act. It showed the panel had surveyed nine new concrete pads (seven in Wellington and two in Christchurch) being laid for group home houses. Cowie said the greatest variation was 23mm and the average was 17mm but the measuring was open to dispute because it was not done by a surveyor and the instrument used was not optimal.
''The 50mm is arbitrary,'' Cowie said. ''Major problems can occur when a floor is only 20mm out of level. The 50mm should contain an allowance for pre-settlement.''
In an opinion piece for The Press last month, Simon Munro and John Goddard, lawyers at law firm Anthony Harper, said the reasoning behind the new guidelines was that since new buildings could have floor levels varying by up to 50mm, anything less than that did not need fixing.
They said EQC was sidestepping its obligations if it was using the guideline rigidly and questioned whether it was appropriate for EQC to apply ''a bad house standard to houses built much better''. A spokeswoman for the ministry  said the guidance was a living document and would be changed as required.
''Given the wide variation in location, distribution and effects of settlement damage within any one house, it is expected that a certain degree of judgment and practicability will be applied alongside these guidelines. Accordingly, the indicative criteria presented within this section are not intended as absolutes.''

Book your subfloor and robot inspection today! 021 505 161 - Call Inspector Gizmo! – Inspect it to protect it! Protecting your investment!